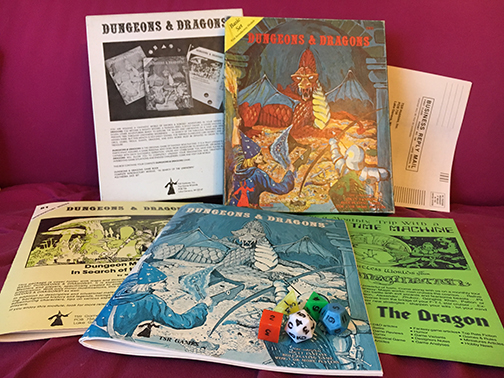 Bardolf Aemilius-Smythe has always led a life of adventure. Even as a boy he was known for daring escapades into the furthest reaches of the backyard or for sneaking a spoonful of duck soup when mother wasn't looking. And as an adult he entered the most sensational field of money administration, excitingly growing into that attainable life which several boys dream of, becoming quite very important gentleman of middle-management banking at Birtwistle, Pritchard, Hawkes & Brimble in the slightly affluent part of town. Bardolf prided himself on living his partially splendid banker's lifestyle, complete with somewhat quaint cottage on the bank of Fothergill River (just down the lane from where retired situation vaudeville actress Lulu Popplewell once called home, no less!), with his rather satisfactory wife and his three altogether tolerable children.

When not busy at his work counting other people's money or mollycoddling his considerably passable family, Bardolf indulged himself with periodical pulpwood literature from the nearby Transcendent Librarium of Arcane Esoterica and Acroamatic Miscellanea, checked out with his esteemed Parchment of Weekly Borrowing (they don't just give those out to just anyone, you know)! He devoured the many works that adorned the Librarium's great Wing of Conventional Fictions, including reading Johan Rhind Reuel Tokkenston's famous Kaiser of the Baubles trilogy three times!

But all great lives of adventure are cursed with tragedy, and like the pain Tavick knew when Jojomir fell before Savak's dark forces, Bardolf Aemilius-Smythe too knows painful and tragic loss. Upon returning from work one afternoon he discovered a quite public declaration of his bedchamber shortcomings and that his rather satisfactory wife and his three altogether tolerable children had moved out of their somewhat quaint cottage to go live in the great mansion of one Mister Pritchard of Birtwistle, Pritchard, Hawkes & Brimble. Also a complementary notice of his early retirement discharge, effective immediately.

And, without delay, in that very moment, he was transformed into the great adventurer he is today (actually it was more like 18 months before he even dared step foot outside of his somewhat quaint cottage, but still a quite short time in the grand scheme of things in the adventuresome life of Bardolf Aemilius-Smythe). He marched quickly without hesitation to the greatest book publishers in the realm, with an offer none dared pass up... a real first hand account of truly the grandest of adventures, an unconventional non-fiction that surely would go down in the ages as one of the grandest adventures ever put to parchment written by Bardolf Aemilius-Smythe himself!

With the promise of a 10,000 gold piece authorship advance for what will surely be a greater adventure than even Johan Rhind Reuel Tokkenston could ever dream of and his trusty notebook in hand he heads into the untamed world of adventure, ready to take on any dare, battle any beastie, and bed any fine maiden.

The thinly veiled JRR Tolkien references "Kaiser of the Baubles trilogy " are because this guy is just a big, chubby, dorky fantasy book buff. Also all the the stuff about the book advance is a total lie that he constantly tells people (including the other players) so that they will want to hang out with him. The "Transcendent Librarium of Arcane Esoterica and Acroamatic Miscellanea" is the main branch library. More on that in this second half.

It is said that the all-knowing goddess Ioun herself sent the greatest seer in all the land to seek out Bibliognost Mächtige, Curator Headmaster Archivistrix of the Transcendent Librarium of Arcane Esoterica and Acroamatic Miscellanea to foretell him of great destiny. He would sire a son during the Solstice of his 50th winter who as future Headmaster would be remembered for all eternity for deeds of true greatness.

And so in the spring of that year, thirty of the finest of the Immaculate Order of Concubintrix were chosen from the Athenaeum and sent to Bibliognost Mächtige's bedchamber to be impregnated. Of those many children born only two arrived during Winter Solstice, twin brothers Üblich and Strahlüng, birthed by the cold but meticulous Archographer Prefect Vollkommena of the Unspeaking Order of the Card Catalogarian.

These births caused much controversy to arise among Sacred Directorate of the Transcendent Librarium of Arcane Esoterica and Acroamatic Miscellanea, for many saw the coming of twins was also foretold in a long-debated passage from the Great Scriptures of Ioun, "Two brothers with one face shalt be born, one to lead the followers of Ioun to a time of prosperity, the other to a prodigious change heretofore unforseen by man or beast." This ominous sounding prophecy led the Librarium's Divine Consortium of Iounic Priests to seclude the brothers to within the great Western Wing where their every movement could be witnessed until it could be ascertained which brother truly was which.

When young Üblich accidentally knocked a candle over onto a book, it was decided. Strahlüng was to be groomed for greatness by the priests and his father himself. And Üblich was left to The Custodial Warden's Union of the Librarium administrators, where an easy eye could be kept over him and he would far too occupied with his labors to cause any real harm. To ensure the twins were never confused, Üblich's face was tattooed with an abstract holy marking of Ioun.

As Strahlüng grew his father's pride swelled, for the boy's thirst for knowledge and instinctual understandings of the perplexing categorization and byzantinian structure of political favor within the great Librarium's walls was unlike any they had seen before. By his early teens Strahlüng had proven to be an exceptional ArchDean of Arcane Esoterica and it was clear from his natural talents he was the son who was prophesied. Despite *also* being the son of Headmaster Bibliognost Mächtige, Üblich's failures were many and his successes were few. By his twentieth year he had risen only to the rank of First Subordinate Assist Librarium Aspirant, a shelver of books.

Üblich's jealousy and resentment of his brother grew with each passing day. Scorned by those who raised him, ignored by those who should love him, and perpetually living in the shadow of his brother... Üblich grew to be the weak, pathetic, and bitter fool everyone assumed he already was. Even in the world of shelving books within the great Librarium he was known for his laziness, for cutting every corner, and for his desperate desire to be considered important.

So it was there, on the marble floor in between the stacks in the Vest Scriptorium that he dared do the unthinkable... he sought to enslave the powers of the immortals. Using forgotten knowledge gleaned from moulded ancient tomes he conducted the forbidden ritual... and sold his soul to Ioun in hopes of gaining great powers. Powers, which he hoped, would help him eclipse his favored brother's status and love.

Amused by Üblich's mortal fumblings, the great Goddess of knowledge Ioun smiled, for despite his many failings as both a follower and a man, she had plans for him.

And that night, Üblich was Anointed, washed in the blood of the Goddess Herself. He was granted tremendous powers and a divine mission to stand up to corrupt rules of kings, tyrants, and businessmen alike that keep both peasants and common folk from the blessing of knowledge. For heralding in a glorious age of scholarly enlightenment and literacy with the establishment and cultivation of regional Libraries in far off lands. And for banishing at long last the secret Vecnan agents who had long ago corrupted the high councils of the Librarium itself, twisting their goals of spreading knowledge to the masses with petty squabbling, ineptitude, and office politics from within the Library's great halls themselves.

His deeds will be those of true greatness... if only he can overcome his failings as a human being.

I envision a huge Vatican style Library this guy grew up in, where they use big and arcane words to make them sound all important and super smart, hence the name of the place is the "Transcendent Librarium of Arcane Esoterica and Acroamatic Miscellanea" - aka "main branch library. He's a book shelver! Yes, I am aware it is a challenging read.

I love loser characters! Most of my RPG characters are beautiful losers of some form. I always try to find a new wrinkle on "loser" concept to give all my loser characters distinct personalities and motivations. Which is always fun to see where my characters will take me.

This was the first time I'd returned to table top RPGs in a number of years and joined a (delightful) group of mostly strangers with a (excellent) first-time DM in 2010-2011. We played 4th edition. This particular game was the first time I'd tried out a loser character who was a boot-licking sycophant. I had a lot of fun playing Üblich! When he was killed in this game trying to prove his worthiness I decided that I wanted to tie my new character, Bardolf, into his origin somehow. And also to continue exploring RPG obsequiousness. So I decided to switch between the two extremes from the kind of "emo sycophant" of Üblich to the "jubilant sycophant" of Bardolf. I chose to have the Library as the thing which connects them. My DM told me later she was going to bring back Üblich as a villain. But unfortunately before she got to it my group dissolved when folks moved out of state. But that would have been cool!

But these two beautiful losers live on... somewhere... out there in the vast multiverse. I hope that Üblich has found his destiny and is setting up great libraries in honor of Ioun across the Forgotton Realms. And I hope Bardolf actually got that book deal after all! 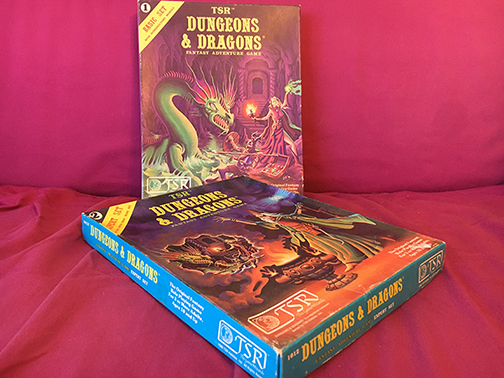