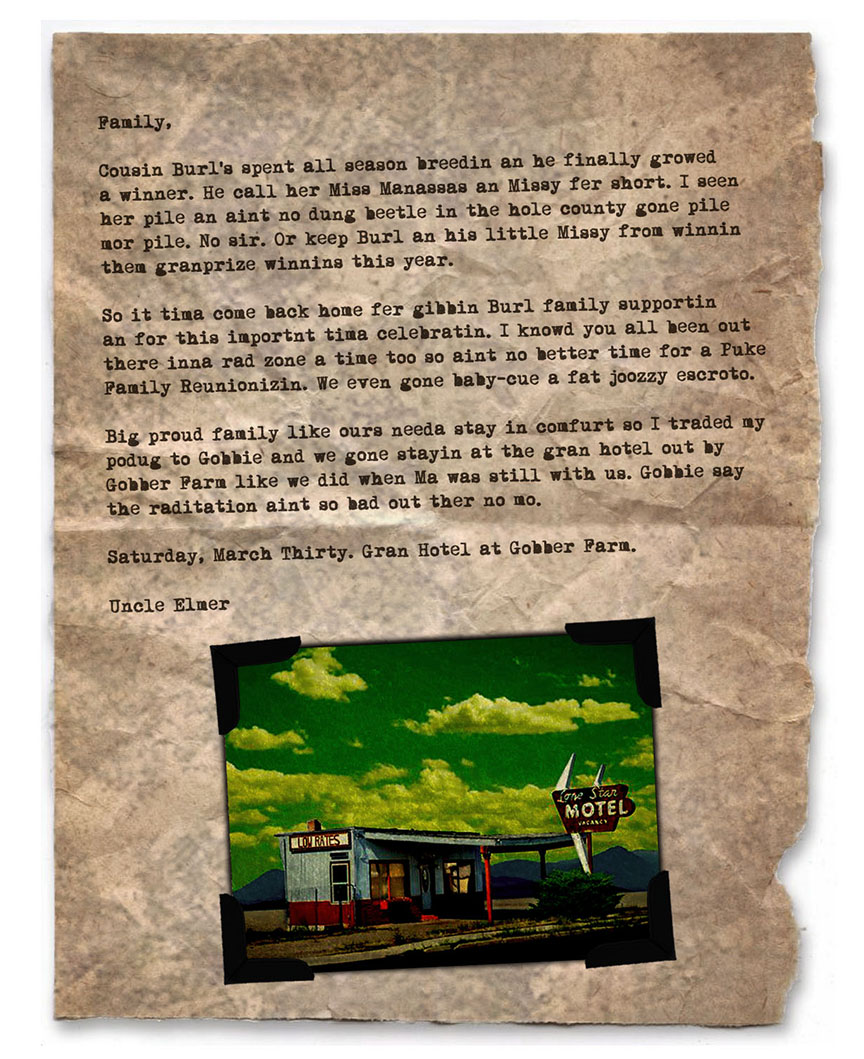 Opening Soundtrack
Iron Horse - “Come As You Are (Nirvana cover)” 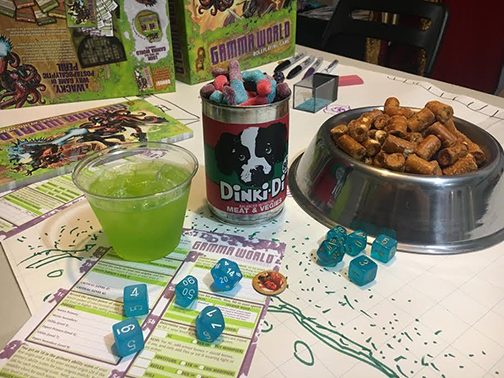 Welcome back to The Smokies, and the Puke Family Homestead where you grew up. Right here on the outskirts of Septicville.

Septicville locals are right proud of the town's beautiful and scenic overlooks of The Smokies. Now don't get it wrong here, friend, there's no mountains here - The Smokies are two massive still-smoking nuclear craters where warring soldiers were vaporized long ago, Septicville's glorious souvineers and rememberances from the long ago Ford - Chevy Wars. Today you can catch the most beautiful sunsets here on the edge of The Smokies, as toxic green clouds waft up from the craters of scorched Earth and catch and refract the day's final sunbeams and sparkle like a thousand christmas tree lights even into the night. Septicville folks are generally friendly folks, even to outsiders, but even so, very few know of the natural beauty of The Smokies At Night, as the rad count is a might bit unfriendly to tourists. And you'll want to be careful going near that Ford Crater if you know what's good for you. There's been unspeakable radioactive things shambling out of there for as long as any Puke Family can remember.

The Puke Family is a strong family who has been right here on the outskirts of Septicville for generations upon generations. The family is perhaps a bit misunderstood, but has always been known to the citizens of Septicville as a rambunctious lot, full of healthy youngins with good inbreeding. Being a family with a wild hair inbred up their asses, they have something of a history of clashes with the local law. Particularly with that darn Sheriff Merle, who is crookeder than Mutie Dog's hind leg. And smells of urine too. Sheriff Merle, and the always-sweaty town overlord, Mayor Barrow, and those Rat Deputies of theirs have caused no end of headaches for pretty much everyone in radiation-burn distance to The Smokies. And especially your loose-cannon, wild bunch of an inbred family!

Uncle Elmer is the kindly Puke Family Patriarch, with a round belly full of laughs and an always smiling frog-like face. Plenty of townsfolk call him "Uncle Elmer" even though they're probably not his kin. But then again knowing Uncle Elmer's charming ways with both lady and beast alike, maybe they are. You have lots of great childhood memories of growing up with Uncle Elmer, foraging for Glow-Shrooms in the Tar Pits, fishing for Bloodworms in the nearby Grease Trap, and BBQ-ing juicy Escrotes over a burning Chevy Malibu. He keeps the recipe a secret but it's not a secret that no one in the whole county makes better BBQ sauce than Uncle Elmer!

You've all been out in the Rad Zones for a while. But now you've come home for a family reunionizing for The Smokies Annual Summertime Jamboree. Family cousin / friend Burl "Twelve Toes" Tolliver has a knack for breeding giant mutant Dung Beetles for the Jamboree Dung Beetle Pile-in' Contest each year. And this year the family is sure he's going to take home the Grand Prize!

So you've come home for a Puke Family Reunionizing to support Cousin Burl. And you'll be doing it in luxury this year as you'll all be staying at the Gran Hotel at Gobber Farm right near the scenic Chevy Smokie Crater. Gobbie says the radiation isn't so bad out there this year. You can't help but feel your heart swell with family pride and your mouth is just a-watering thinking about sinking your teeth into Uncle Elmer's juicy BBQ Escrotes! 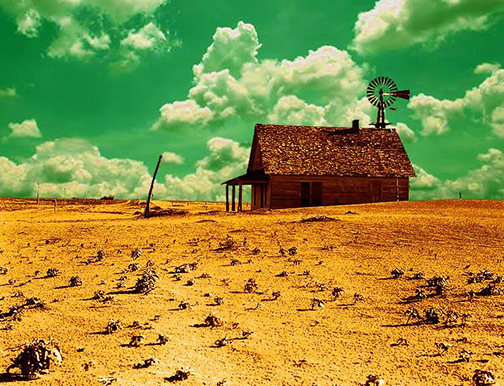 Upon arriving at the Gran Hotel at Gobber Farm you see a worried Uncle Elmer pacing out front. He looks distressed. And, 'fraid to tell you, but he's not BBQ-ing neither. This definitely ain't good.

"It good to see you family. It warm my heart you came all this way outta the Rad Zones to support your Cousin Burl. But... I sad to say today is a sad day for a Family Reunionizing."

Out back of the hotel sits Cousin Burl. Burl is a small dirty little man with a face full of kindly pustules and tenderhearted boils who you've known all your life. Cousin Burl is the fancy-pants of the Puke Family and for as long as you can remember each morning when Burl gets up he always puts on the same worn, dust covered black suit and a little tiny black bowler hat on his head. But no shoes. Burl don't cotton no shoes. For the size of his frame Burl's blackened bare feet are huge, thanks to each one having Twelve Toes.

Burl is sitting out back of the Gobber Barn behind the Gran Hotel, lines of clean streaking his face where the weep-juice has run, and dribbling off his shaking double chin. This is some serious business, y'all. You've never seen Burl look so upset in your whole darn life before. At first it appears he's distressed about his Dung Beetle.

"I just can't believe that my Miss Manassas, my Missy, would run away from home... and on the night before the Summertime Jamboree! Oh what am I going to do?! This is a disaster! And it is all my fault! What am I gonna do?!"

When the characters try to get him to calm down he shouts,

"NO NO NO, you don't understand -- Uncle Elmer, he bet the Puke Farm Deed of Ownership with that scuzzbuzz Sheriff Merle! That's how sure he was she'd win the grand prize! We're going to lose the farm! And it's all my fault!"

"You've got to GET THAT DEED BACK!"

Guys. This is serious.

(SHOW PICTURE OF THE FARM)

The Puke Cousins decide to get the Deed back from Sheriff Merle and head into town to the Septicville Police Station. 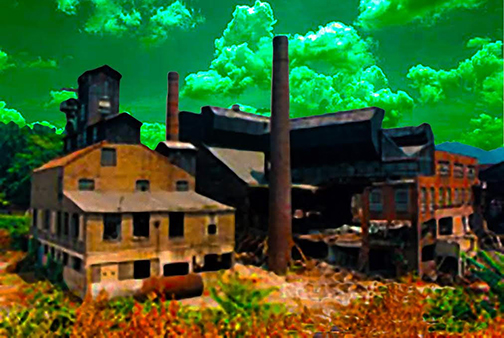 The Septicville Police Station is inside an old sawmill mining factory (yes, I accidentally said all of those things... so that's what is is, an old sawmill mining factory) overlooking the picturesque Ford Crater. Growing up all of you spent a lot of time there, sitting through endless lectures from authorities and more than one of you have spent overnight inside the old jail here for a time (we discover soon that Imma Puke most definitely has spent the night in that jail a few times).

Patrol Officer Earl is out front. He's a well-groomed and gosh darn nice looking Human-Sized Mutate Rat (all these cops are rats). You all grew up and went to the One Room Schoolhouse near the Tar Pits with Young Earl and played Sickball with him when you were kids. Earl tries hard to maintain a friendly relationship with everyone in the township despite his job in the not-so-honest local Small Town Governmental Gang. He tries his best to do a good job of protecting the townfolk and takes great joy in helping out old ladies & rescuing kittens from trees. He's a sweet guy. And also mostly kind of real stupid.

Earl is wearing an adorable little Policeman's Uniform which has been freshly pressed and you can tell he's Brylcreemed his fur just this morning. The sweet smell of Ice Blue Aqua Velva Aftershave practically knocks you over as he steps forward upon seeing you. No he didn't shave his fur, but that didn't stop him from putting on some right purdy smelling aftershave this morning. Earl has big goofy Mutate Rat Teeth that shine whiter that the whitest Klansman and he's all smiles when he sees you!

Thanks to the luck of the dice it turns out Earl has a lifelong crush on one of the Puke Family Kin. And I was thrilled that is fell upon Doctor Jesus Buddha Mohammed Israel (formerly Buddy Puke). Earl just isn't smart enough to understand why anything in life changes, much less what kind of change could result from another person's religious awakening (whether true or not). Or that Doctor Jesus Buddha Mohammed Israel might not want to be called "Buddy" any more.

"Well hello, Mister Buddy! You look mighty, mighty fine! I'm so happy to see you, Mister Buddy! I... I heard you might be coming for the Summertime Jamboree! Might... um... might you do me the honor of saving a dance for me at the Ho-Down?!”

This was a funny, awkward moment. Ben just let the whole "Mister Buddy" thing pass. Although he did try to convert Earl to his religion with a picture book! Brilliant.

Suddenly a voice is heard from behind, "Earl, just who is that you talking' to?!"

It's Sheriff Merle, The crooked scheming money-laundering rat faced Human-Sized Mutant Rat. You've known this skinny flea-ridden weasel rat all your life too, and you ain't never liked him. Sheriff Merle policeman's uniform is brand new but completely ill-fitting and rumpled. His fur is matted, and mangey. And he's riding a local "Police Cruiser" - which is a School Bus Sized Mutant Lawn Grub!

"Oh boyo boy! Hahaha it's the Barfs! You Barf Family are in for it now! I don't give a good knowhow what happened to your Dung Beetle... but I sure know what's gonna happen tonight at the Jamboree. Yer Uncle Elmer is gonna lose that bet! And I'm gonna take your Barf Family Farm! Hahaha! Oh Boyo Boy! HAHAHAHA!"

"And as long as I have this here slip of ownership deed paper in my hand right here," Sheriff Merle gloats while waving the Puke Family Farm Deed over his head triumphantly, "There's ain't nothing your stupid Barfs can do about it! HAHAHA!"

Imma Puke "Darn you, Sheriff Merle, we're PUKES an' you knows it!"

"Girl, I don't like your tone. You ALL Barf's is going to JAIL!" 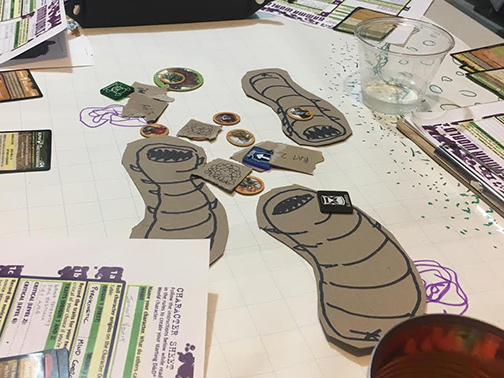 There are Three Mutant Lawn Grubs and three Human Sized Mutant Rat Deputies. Waiting in the wings were two more Grubs, several more Deputies, and also "The Krapper" a massive Mutant Lawn Grub with Cyber Armor and also a Cyber Laser affixed to its head. But since Sheriff Merle got taken out before he could say "Release The Krapper" those never came out. As these mutant rat cops are designed to be recurring antagonist characters for the denizens of Septicville I'm sure there will be another chance to release the Krapper!

Fight highlights include - Imma Puke bashing Sheriff Merle with giant mutant arms and saying "I've had enough of you calling us Barfs, our family name is THE PUKES and you know it!" - Petunia Puke pooping the smallest tiny Hawkoid bird poop in Sheriff Merle's eye - Doctor Jesus Buddha Mohammed Israel puking acid directly into Sheriff Merle's mouth - the hawkoid Cletus Grub Puke clawing the Escrotes right off the Sheriff's Lawn Grub - giant cockroach Rochan Rochanadanna Puke attempting to sit on Sheriff Merle and missing comically - Cindy Lu Puke both stealing the Puke Family Farm Deed from Sheriff Merle and also making a wonderful, impassioned speech to Patrol Officer Earl but completely botching her Charisma Roll so she blasted him to near-death instead with her Gravity Hammer mutant power - followed up by Petunia Puke blasting poor Patrol Officer Earl into a hole in the ground (it was *brutal*). Johnny Vomit mostly concentrated on looking cool amid the chaos, and friend, Johnny's gosh darn good at it!

When Doctor Jesus Buddha Mohammed Israel used some sort of "empathic mind reading" to read everyone's intentions, he ended the fracas. The Rat Deputies just want to keep Sheriff Merle and Patrol Officer Earl from dying (after all, they are supposed to be antagonist characters y'all) and the Lawn Grubs aren't interested in anything but eating and Lawn Grubbin'. And with that knowledge Doctor Jesus Buddha Mohammed Israel calmed everyone down and ended the fight.

The Mutant Rat deputies pleaded, "Just let us tend to our wounded and jes leave us be, you Pukes! Mayor Barrow, stole your stupid Dung Beetle, alright?! Don't tell him we said so - but just leave us be!"

Thanks for tunin' in, y'all! 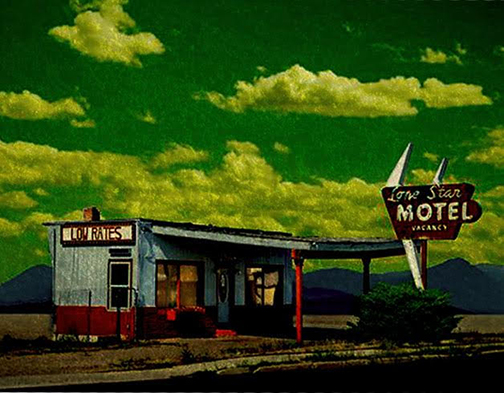